The Z3 and Z4 are a range of convertible and coupe roadster sports cars built by BMW.

The Z3 was first produced by BMW in September 1995 and was the first car ever solely manufactured outside of Germany, having been built in Greer, South Carolina, USA. Production was ended in June 2002.

The Z4 was it's replacement with production commencing in Greer in 2002 and moving to Regensburg, Germany in 2008. The Z4 is still in production today with the third generation model due to launch in 2018

These pictures were taken for a friend who had just bought the Z4 as a replacement for his Z3. They were taken on the 4th July 2015 using a Polaroid iS2132 Bridge Camera. Their are a total of 6 with 2 also available to view on Clickasnap without watermarks and in full resolution. 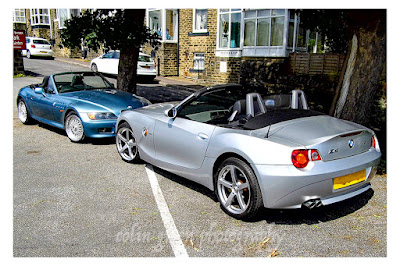 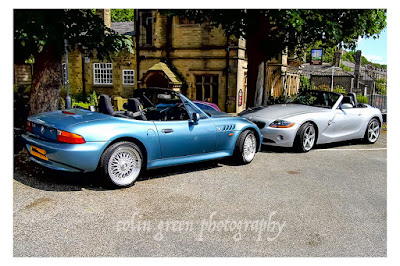 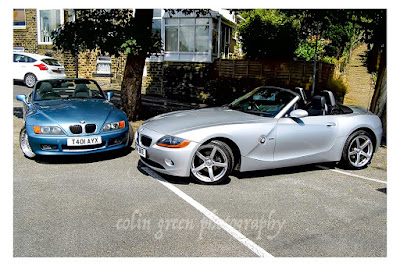 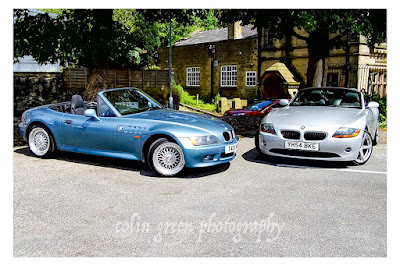 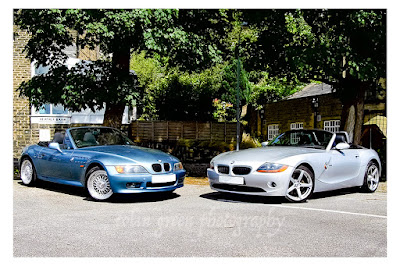 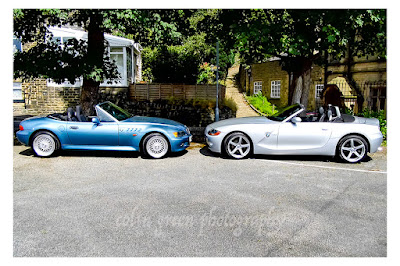