Green Park Tube Station is just 2 quick pictures I took whilst leaving the Jubilee Line stop in May 2019. It was my first experience on the tube despite having visited London many times, I had always avoided it as people I spoke to in London never seemingly had a good word to say about it. On this day I had my arm twisted by my daughter and gave it a go, and I have to say I was pleasantly surprised by the frequency, service and the people using the service. Definitely a thumbs up from me.

Green Park Tube Station is a stop on the Jubilee, Piccadilly and Victoria Lines in London, the pictures are of the Jubilee Line stop. The Jubilee Line was opened in stages with stage 1 opened by Prince Charles officially opening the line with a journey from Green Park to Charing Cross on the 30th April 1979. The full line finally completed in 1999 from Stanmore, North-West London to Stratford, East London.

There are 2 pictures which can be seen here and on Clickasnap, the ones there are full resolution, size and un-watermarked. 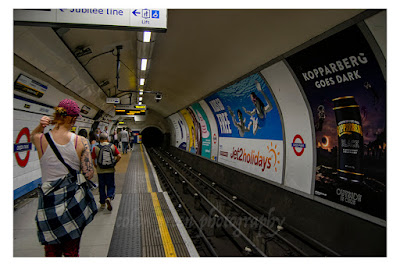 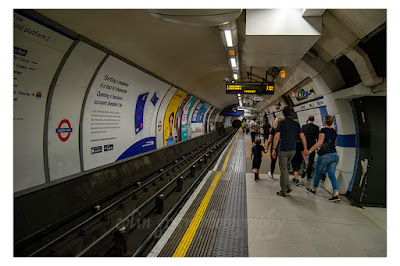