I previously posted about these on 24 February 2018 and shared the images below in colour. I still haven't been able to find much out on there history, I remember in the 1980's growing up around Copley that you couldn't enter the top part which is now a seating area alongside the Calder & Hebble. It was surrounded by a high wall, it felt high to a 10 year old but probably wasn't and if memory serves me right had 2 concrete areas that funnelled down to a centre point (blocked off) that led to below. I moved away from the area for a few years and when I returned, the arches had been bricked up and seats placed to the front. The top area alongside the canal had been opened up, levelled off and seating had been installed there too.

My understanding is they were used to deliver coal for the local community via the canal, a barge laden with coal would park alongside the drops and then funnel it down to waiting delivery carts.

These pictures were taken on the 13 November 2013 using a Samsung Galaxy Tablet. There are 4 which can be seen here or on Clickasnap where they are un-watermarked, full size and resolution. 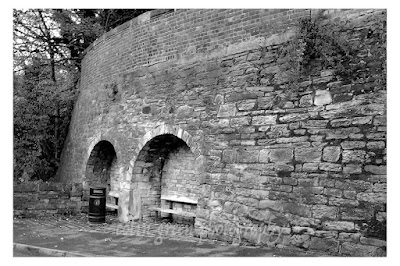 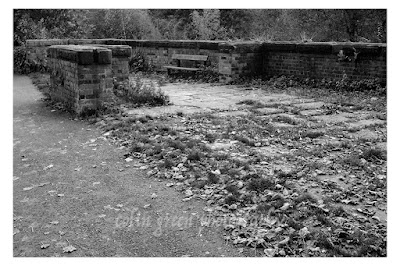 Thanks for looking and please take a moment to share and follow me. All the pictures remain the copyright of Colin Green.