Not a set of football pics but a set of art works created by me of the former Griffin Park Football Stadium, Home of Brentford Football Club until 2020.

Griffin Park opened on the 1st September 1904 with a 1-1 draw between Brentford and Plymouth Argyle, and closed after the final game between Brentford "B" and Erith Town in the London Senior Cup. The record attendance for a Brentford FC match at the ground was 38678 fora FA Cup 6th round tie against Leicester City in the February 1949, Brentford lost 2-0.

The ground has featured athletics, tennis, Gaelic Football and baseball in the early part of it's history, and was the home ground of the London Broncos Rugby League team from 2002 until 2006.

Other notes of interest about Griffin Park is the stadium being underneath the flight path of Heathrow Airport and the roof of the stands being used as giant advertising boards, and a pub being situated on each corner of the ground.

The pictures are based on aerial shots of the ground from each corner, they are original artworks created and owned by me, copies are occasionally offered for sale on Ebay by myself. 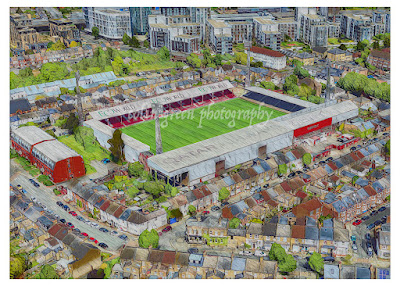 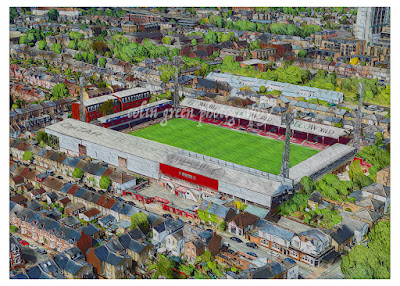 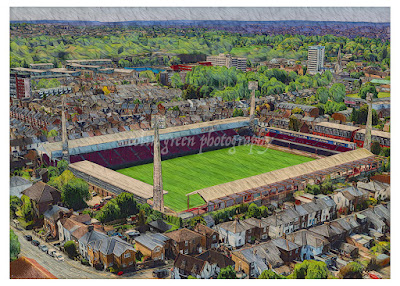 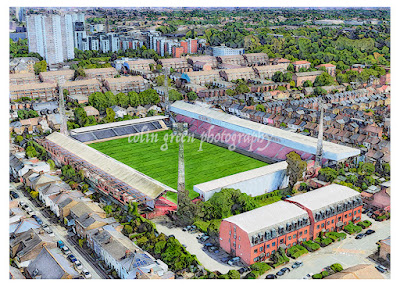