I have recently posted on a few occasions about the pictures I took of the pubs of Halifax Town Centre in May 2018, this is to be my final post of this collection and I have now included the video of the entire set of 32 pictures which I have uploaded to YouTube. 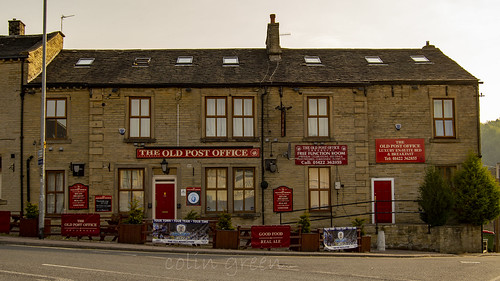 The first Post Office in Halifax was sighted here in 1790, the pub was known as the Bowling Green until 2008 when it closed for a spell before re-opening in 2010 with it's current name. 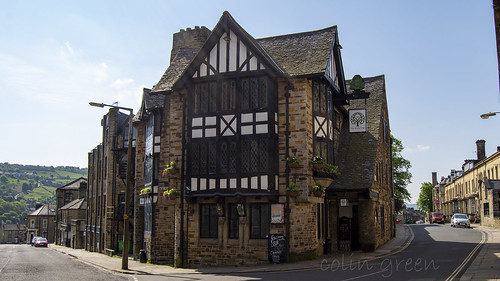 Rebuilt in 1929 using timber from HMS Newcastle the pub has had a number of different names in recent years including Tap & Spile and Dirty Dicks. It as here that Olive Smelt had been drinking on the 15th August 1975, the night she was attacked by the Yorkshire Ripper to become his 2nd victim. Happily she survived the attack and although she struggled to get over what happened that night lived to the age of 82. 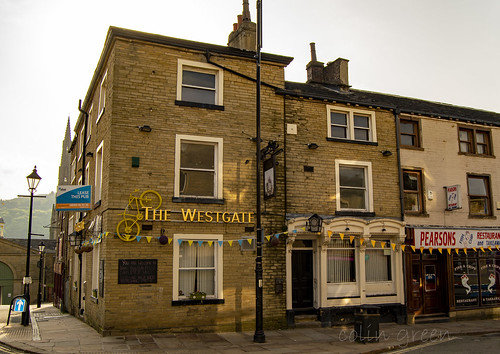 Originally built as an house it became a pub some time after 1843 when the owner John Oldfield Bates had died. Despite plans to refurbish the building and it's good central location near to the Piece Hall and Borough Market it has remained closed for several years now. 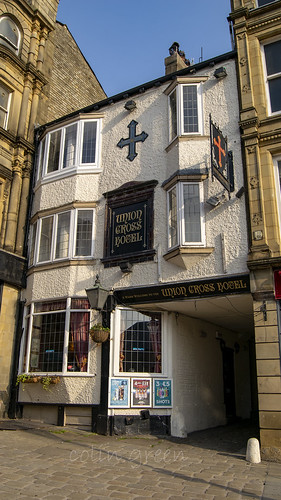 The Oldest Inn in Halifax, it was renamed the Union Cross in 1745 to show support for the crown during the Jacobite Rebellion. Daniel Defoe and John Wesley have both stayed here, and like most old pubs within Halifax there is said to be tunnels from the cellars to the Parish Church. The building is Grade II listed. Webster's Brewery opened an in the adjoining Union Cross Yard. 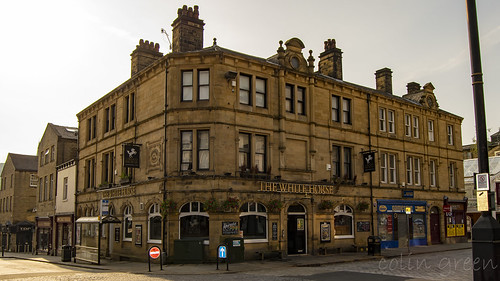 Built in 1899 as a replacement for the earlier White Horse that opened in 1819 and stood nearby. The rebuilding was due to Southgate being widened.

All these pictures and over 2100 more can be seen and downloaded from Clickasnap here.