A picture I took in January 2014 that I found mildly interesting and wanted to know a little more, the plaques were on the side of a building at 125 Northwood Street, Birmingham and the company occupying the building that I was there to deal with were AE Harris & Company (Birmingham) an engineering company that as of 10 June 2022 no longer seem to occupy the site but are still trading. Looking on google maps it appears most of the site has been cleared for development.

The Birmingham Railway Carriage and Wagon Company was established in 1854 for the purpose of building locomotives and carriages for use on the railway. Despite the name the company also built aeroplanes, gliders, buses, trolleybuses, and tanks, which during World War II included A10 Cruiser Tank, Challenger Tank, Churchill Tank, Challenger Tank and Valentine Tank.

The company saw a decline in locomotive and carriage stock being built up to 1963, which was the year they restructured, dividing the works up in to smaller units and becoming a real estate and finance company. In June 2014 the company reformed as a not for profit organisation to rebuild locomotives from the 1960 and earlier no longer in use. 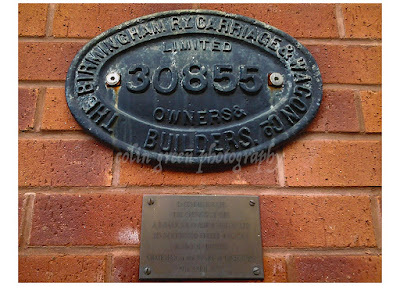 The picture can also be seen on Clickasnap full size, resolution and un-watermarked.

Thanks for looking and please take a moment to share, all pictures remain the copyright of Colin Green.