Taken whilst out for a New Years Day stroll these images of Crossley Heath School show a Victorian Architectural gem on the edge of Saville Park Moor.

Built at a cost of £65000, the Crossley Orphan School and Home was opened on the 29th June 1864, designed by Paull & Aycliffe - John Hogg and paid for by the Crossley family of John, Joseph and Francis. The orphanage was created for boys aged between 2 and 15, and girls up to an age of 17. The children were housed there for free receiving lodging, clothing and education, when opened there was room for between 400 - 500 children.

Thomas Porter a Manchester based merchant made a donation of £50000 to the school in 1879 on the condition the name was changed, so on the 31st January 1887 it became the Crossley & Porter Orphan Home and School. In 1919 day pupils were admitted and the orphanage became the Crossley & Porter School, which is how it remained known until 1985 when a merger with Heath Grammar School saw the school become Crossley Heath School.

The pictures below were taken using a Nikon d3300 SLR on January 1 2019, there are 2 in total plus an artwork created by me. The photo's can also be seen on Clickasnap full size, resolution and un-watermarked. 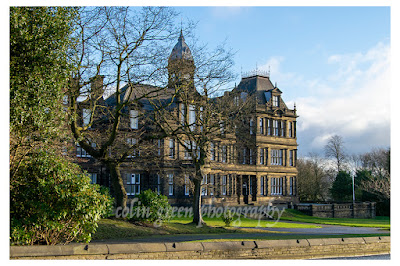 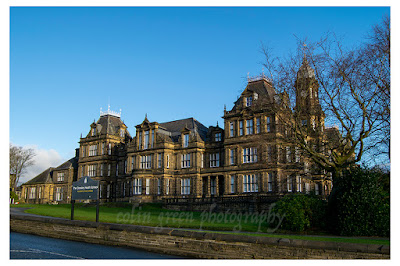 All the pictures remain the copyright of Colin Green.