Built in 1825, Old Lane Mill is the oldest surviving multi-storey, steam-powered textile mill in Halifax and is thought to be amongst the oldest in the United Kingdom. The mill was built by James Akroyd and has been known as Rawson's Mill, Canal Dye Works, Old Lane Dye Works and Bowling Dyke Mill. It was also for a time part of the larger Dean Clough Mill complex. Not sure why it was ever called Canal Dye Works as the nearest canal was the Halifax Branch of the Calder and Hebble Navigation which was completed to Halifax in 1828, even so this terminated approx 2 miles from Old Lane Mill.

Old Lane Mill is iron-framed and fitted with stone floors, the first mill in Britain to feature this, needed to support the Jacquard looms that were installed by Akroyd in 1827, who continued to own Old Lane Mill until 1836 when Jeremiah Rawson purchased the building. Upon building the mill people close to James Akroyd claimed it to be fire proof, this was disproved on the 21st January 1905 when fire damaged the building.

The building is Grade II listed and on the Heritage at Risk register, it is known locally as the youth club due to the amount of people that trespass in the privately owned building causing damage, kids often seen playing on the roof and upper levels of the building. It occupies a large site between Old Lane and the former area occupied by the Halifax-Queensbury railway line, with most of the surrounding area cleared of weaving sheds and now being a prominent fly tipping area. It also well known locally for drug paraphernalia being left lying around.

I was in the area on the 15th April 2015 and visited the mill, I made no effort to enter the building as it looks unsafe and I am not good with heights, preferring to just photograph the outside safely on the ground level. There are many others that have photographed and video the inside available to view online, and Martin Nero did an excellent video on YouTube about the mill some 3 years ago that is worth a look. The pictures were taken using a polaroid is2132 bridge camera, they can be seen below or on my Clickasnap account were they are full size, resolution and un-watermarked. 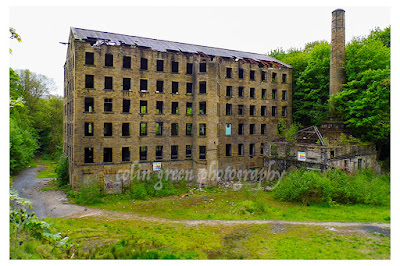 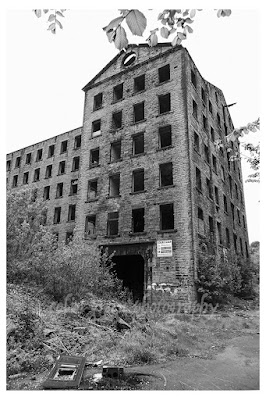 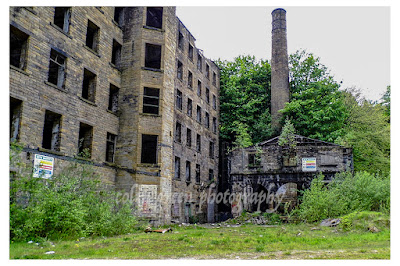 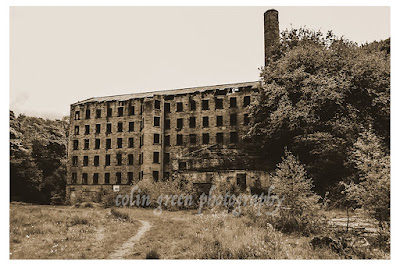 Thanks for looking and please take a moment to share.

All the pictures remain the copyright of Colin Green. Please don't take the approach of an estate agent who a few years ago was marketing the mill and decided to use my pictures without permission, suitable recompense and no credit. The not even bothering to credit me really was the most annoying bit.