St Peter's Church. Walsden was built as a million pound church, opening on 7th August 1848. Million pound churches were the result of an act of parliament, the 1820 Church Building act which was to build churches in developing towns which had been neglected for places of worship. The act was financed by both government and public money, with the churches commissioned often built to very tight budgets.

The foundation stone was laid by John Crossley in July 1846, he had donated the land upon which the church was to be built. The Grade II listed spire was added in 1864 and is all that remains of this church after fire destroyed much of the building in May 1948 and windows. The clock continued working during the blaze, including marking the moment of midnight The church didn't have adequate insurance and it took the efforts of the local community and parishioners to raise much of the funds to rebuild the church which was re-consecrated on March 10th 1956.

I was in the area of the church on the Rochdale Canal on August 27th 2017, having spotted the spire as I was walking along, I went for an explore of the church grounds, the building being locked up. Their are a total of 6 pictures which can be seen here, on Flickr and on Clickasnap where all my images can also be downloaded. 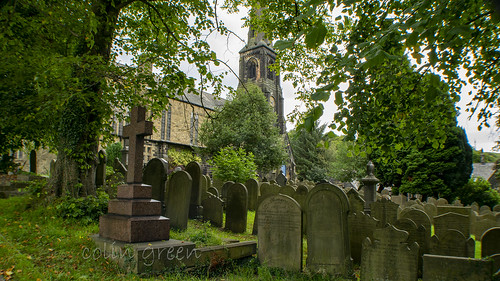 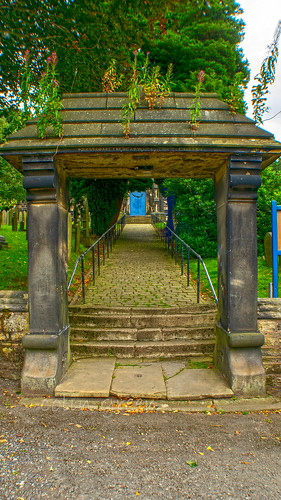 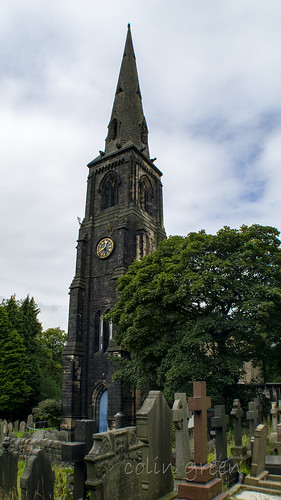 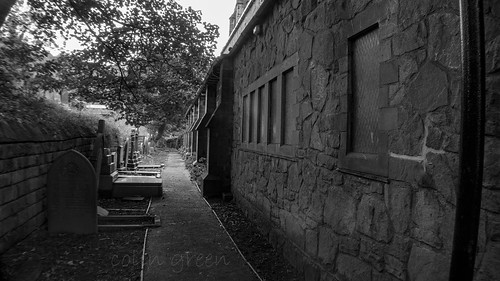 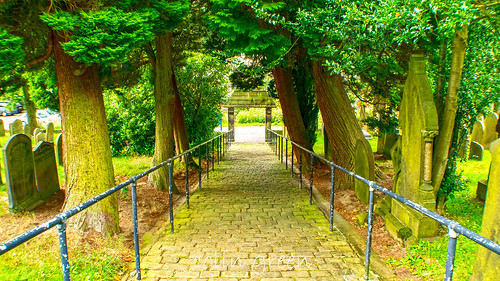 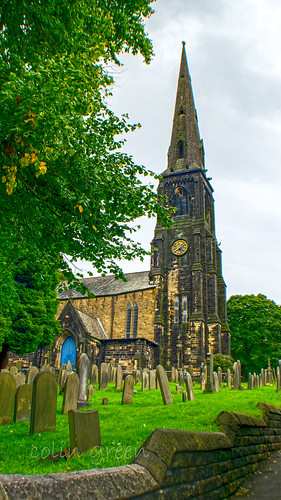