My Ribblehead Viaduct collection is a set of 17 pictures, 1 which was taken in August 1976, the rest in April 2015. They can all be seen here, on Flickr, YouTube and on Clickasnap where they can also be downloaded.

The Ribblehead Viaduct or Batty Moss Viaduct is a 24 arch bridge that carries the Settle to Carlisle line across the Ribble Valley in North Yorkshire, England. Work began on the viaduct in 1869 or 70 according to different sources and ran until completion in August 1875. The workforce grew to approx. 2300 men who lived in camps with their families around the viaduct, these settlements were known as Batty Wife Hole, Sebastopol and Belgravia. The area around the base of the viaduct where these settlements were is now a scheduled ancient monument. Over 100 men died during the construction of Ribblehead Viaduct due to accident, fighting and an outbreak of smallpox. In addition to these men they were over 100 more deaths amongst the women and children of their families who lived in the camps. Many are buried in the nearby ST Leonards Church, Chapel-le-Dale where there is a plaque erected in the church in their memory.

The Midland Railway had planned a route through the area from the early 1860's and despite trying to withdraw from the planned line, which was rejected by parliament in April 1869 they commenced work in November 1869. By July 1870 the foundations were being constructed and the first stone was laid in October 1870. The plan had originally been for 18 arches but this changed in 1872 and it was decided 24 arches would be better for the design. Despite the change work continued at a good pace and by the end of 1874 the stone work was complete. The first goods train crossed the viaduct in August 1875, followed by the first passenger train in May 1876.
The viaduct is 400m long and 32m high at the highest point across the valley. The 24 arches have a span of approx. 14m and the foundations are 7.6m deep underground. It is the longest single structure on the Settle to Carlisle line and probably the most famous. There is the Ribblehead Railway Station approx. 1/2 mile south of the viaduct and the area is popular with walkers, there is also the Station Inn which offers accommodation, food and drink in the shadow of the Viaduct.

The story of the Ribblehead Viaduct may have ended if it wasn't for a plan by British Rail to close the line in the early 1980's. They argued that the high cost of repairing the viaduct and other structures along the route made the continued running of the line uneconomical. Between 1981 and 1984 over £100000 was spent on repairs to the viaduct and by the mid 1980's the track across had been reduced to single status with a 20mph speed limit. In November 1988 the Viaduct was given Grade II listed status and by this time a major campaign group had formed to fight the closure threat. Due to there campaigning and increased passenger numbers the line was saved from closure by 1989 and the viaduct underwent major repairs until 1991. 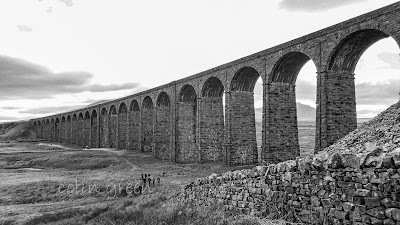 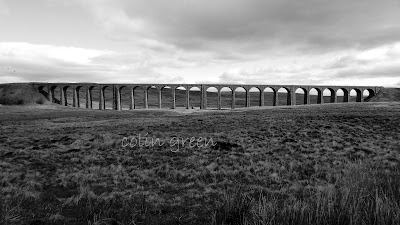 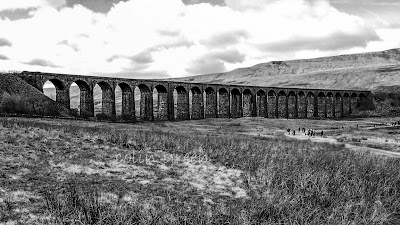 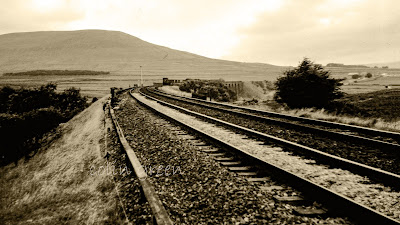 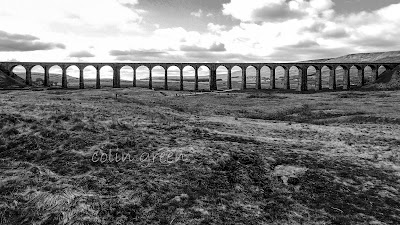 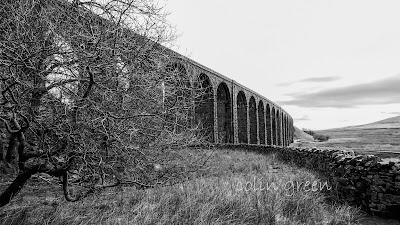 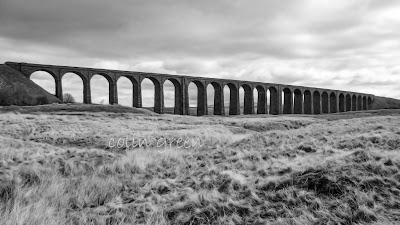 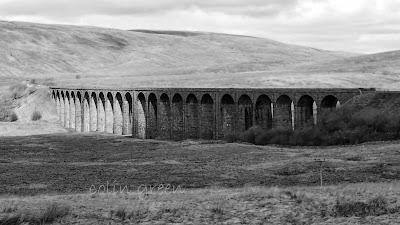 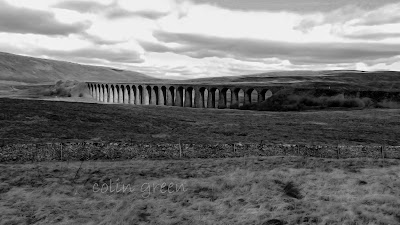 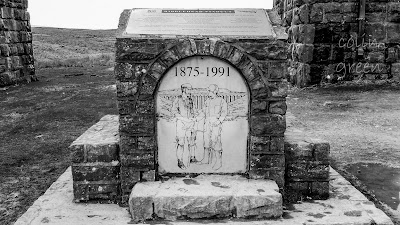 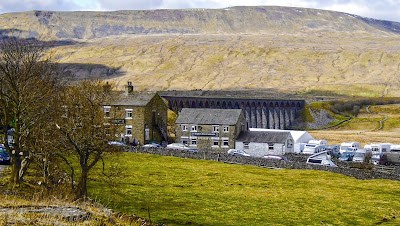 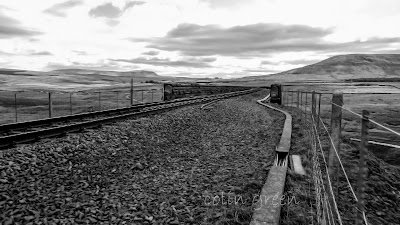 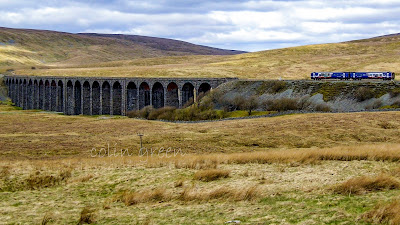 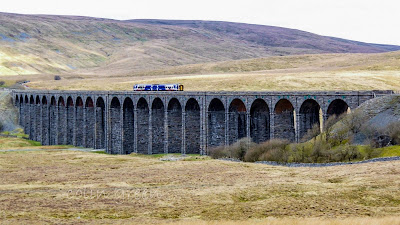 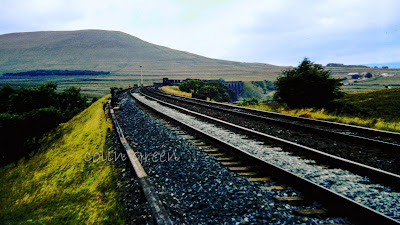 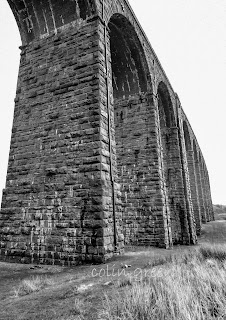